… Apologies For My Horrid Attempt At Humour In The Title.

Get Out tells the story of a couple – Chris, a black guy and Rose, a white lady – who travel up to Rose’s (Allison Williams) family home for the weekend wherein Chris (Daniel Kaluuya) begins to notice strange occurrences with the black people living in this seemingly idealistic family estate. The film also stars Bradley Whitford,  Lil Rel Howery and Catherine Keener and is the directorial debut of Jordan Peele.

My Thoughts On The Characters And Story

The testament of a good film is one where you are engaged throughout the film and seemingly forget about it when the credits begin rolling. The testament of a great film is one where you are enthralled at every morsel on screen and when the credits finally cease, you continue to think about it long after the “no animals were harmed in the making of this movie” line. It has been a few days since I watched Get Out and I find myself at the most random moments of my day thinking of certain sequences in the film.

What Peele managed to accomplish with this film is a brilliant take on the horror-comedy genre that contains a few of those jump scares many generic horror films utilize solely to “scare” their audience with, however the atmosphere Peele manages to create has this ridiculous air of tension throughout that is so refreshing to see. I am not exaggerating when I say during the first act of Get Out I genuinely had a pit in my stomach because I was so uncomfortable in the greatest possible way. I had no inclination of whose motives were what or who I could possibly trust, it was fantastic. The plot progression overall flows beautifully although there were a few moments that lingered a bit. The revelations made are truly shocking and I found myself thinking back to certain moments of the film that have new meaning when you’ve finished it.

The opening scene gave me chills while also chuckling and as someone who finds myself laughing at the most inappropriate moments, I appreciated it.

Kaluuya excels in his performance as Daniel, the various revelations made and viewing them through his eyes is a daunting task for any actor and his reactions – from pure jubilation or sheer confusion – is executed brilliantly. His chemistry with Williams of Girls fame is also wonderful and that is an aspect that could’ve easily brought down the movie because you need to feel the love this couple has for each other despite only dating for a few months. Williams also rocks in her role as Rose… Certain moments with her were chilling and there was one sequence involving one of my favourite songs of all-time that I adored.

The secondary characters are also great; Keener gives such a brilliantly sinister performance and Howery had me howling throughout his scenes. Bradley Whitford is also in this movie and I did not recognize him at all. The last time I saw Whitford was watching the cinematic masterpiece, Billy Madison and he looks like the sexier, older brother of the guy I actually rooted for in the film moreso than Billy (Adam Sandler). 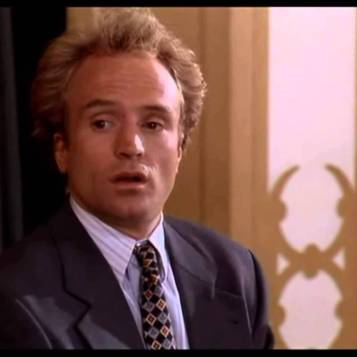 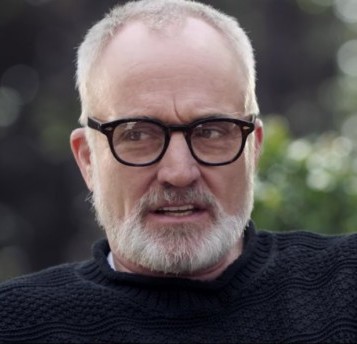 Get Out [Credit: Universal Pictures]

How Were The Other Aspects Of ‘Get Out’?

If Jordan Peele’s future directing credits are even half as exhilarating as Get Out, we may potentially see another James Wan who manages to direct some ridiculously spectacular horror works. Dark comedy (ie. The Cable Guy) and horror flicks that utilize the brilliance of comedy (ie. Evil Dead, Gremlins) are my absolute jam and hey… The more, the merrier! Peele’s directing style utilizes those wide shots where you can see absolutely everything and there were certain sequences and shots that truly shook me to my core, moreso than many conventional horror films do.

The music too. Oh man, the musical cues in Get Out are absolutely perfect. The songs utilized to set up the scenes are wonderful and I need to get my hands on the soundtrack whenever it releases.

If you’re looking for an awesome horror-comedy watch where your jaw will occasionally drop and causes you to be equal parts terrified and chortle aloud, check out Get Out.

For More Fun, Check Out The Following:

Get Out receives 4.5/5 Matt Damon heads