Prepare Your Wallet: A Highly-Anticipated Movie Will Be Released Every Single Week In March 2017 / 200th Post!

Who needs to wait until the summer season for a major blockbuster anymore?

If you decided seeing Keanu Reeves kick ass in John Wick 2 wasn’t your thing or firmly believe you would rather get your ass kicked than see a snippet of Fifty Shades Darker, I have some encouraging news for you – March is going to be your month. Every single Friday sees a new release that is not only a staple in many highly-anticipated lists, there is something releasing for virtually every moviegoer.

March’s releases include seeing an R-rated version of a fan-favorite X-Man, a live-action Disney adaptation that seems to be a match made in Heaven, astronauts on the cusp of an extraterrestrial revelation and more! Here are 10 of them that will satisfy whatever it is you’re craving.

Is there anyone who is not incredibly hyped to watch Hugh Jackman’s (possible) final portrayal of Wolverine? This R-rated take on a mutant we have seen on the big screen for 17 years will deliver his final curtain call with Logan, a seemingly fitting end to his character arc as the brilliantly bittersweet trailers have illustrated. No doubt there will be plenty of cheering audience members as well as a bunch of grown adults weeping in their seats when the final moments are executed on screen.

Don’t be surprised if this film manages to take the #2 spot behind Logan at the weekend box office.

As we have seen with numerous faith-based movies, particularly with the surprise financial successes of 2014’s Heaven Is For Real and 2015’s War Room, there is a huge audience for films that place emphasis on the miracle of faith. The Shack will see Avatar lead Sam Worthington work alongside Academy Award-winner Octavia Spencer in this adaptation of the New York Times Best Seller. For those unfamiliar with the novel, it sold over 10 million copies and remained on the NYT list for 70 weeks. Don’t be surprised if this film manages to take the #2 spot behind Logan at the weekend box office.

Peter Jackson‘s 2005 epic King Kong was the last time we saw the illusive Kong on the big screen. Kong: Skull Island will serve as the second film, behind 2014’s Godzilla, in Warner Bros. and Legendary Entertainment’s shared universe known as the MonsterVerse. The film has a number of well-known talents involved and looks to be as monstrous as it is visually stunning. With a budget of $190 million, a few million dollars short of Jackson’s budget for his take on Kong, it will be interesting to see how Skull Island stacks up against its MonsterVerse predecessor, Godzilla. The Gareth Edwards-directed Godzilla earned $529 million worldwide on a budget of $160 million and certainly kick started the intrigue into this giant monsters universe. 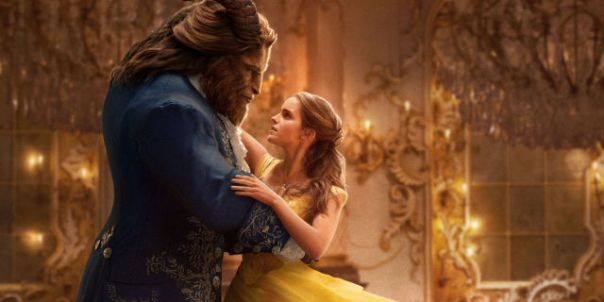 Beauty And The Beast is an example of a film that appeals to legions of fans, young or old.

Is there a more perfect example of ideal casting than Emma Watson as the kind-hearted book nerd Belle? The anticipation for this live-action Disney adaptation veers toward the excitement felt for 2015’s Cinderella moreso than the last live-action adaptation, 2016’s Pete’s Dragon. Pete’s Dragon was barely on anyone’s radar and still managed to gross $143 million worldwide on a $65 million budget, a number that isn’t exceptionally high; however I would argue it grossed as much as it did solely because of the name alone.

| Check out Moviepilot for more ‘Beauty And The Beast’: News, Trailer, Release Date & All You Need To Know |

Beauty And The Beast is an example of a film that appeals to legions of fans, young or old. Older audiences that grew up with the classic Academy Award-winning animation will group together and push aside any younglings out of the way. Younger audiences will be able to experience the tale with stunning visuals and Watson as their live-action Belle. Dan Stevens‘ portrayal of Beast looks to be fantastic and Luke Evans‘ hair is beaming with all the Gaston glory. Let me buy my ticket already!

If heartwarming tales about love aren’t your fancy, perhaps a few cold-blooded murders that raise the question of one’s ethical and moral obligations suits you. With a screenplay by Guardians Of The Galaxy 2 director James Gunn and released in limited theaters, The Belko Experiment is the perfect counter-programming to Beauty And The Beast that relishes its R-rating.

The time has almost arrived where we can proudly declare go, go Power Rangers! The beloved ’90s series is getting the modern age remake treatment come March. It will be interesting to see how the film fares since they have some big name talents attached including Elizabeth Banks as Rita Repulsa, who is essentially the Darth Vader of the Ranger universe, and Cranston as the mentoring Zordon. The trailers have been a pretty great selling point for the film since they showcase the excitement factor and fun the actors seem to be having.

With the popularity of science-based films growing thanks to the works of 2013’s Gravity and last year’s Arrival, seeing how the above three lead in Life will certainly warrant the film being worth checking out. The trailers haven’t made it seem like it is an incredibly thought provoking story, however it will be a treat to see how these characters deal with the “unintended consequences” discovering extraterrestrial life.

Many are hesitant with the release of the film because of the controversy surrounding the casting.

Ghost In The Shell is a wildly popular Japanese manga series that many hold near and dear to their hearts. The property is getting its first live-action Hollywood adaptation following the anime film released in Japan in 1995. Many are hesitant with the release of the film because of the controversy surrounding the casting of Scarlett Johansson as the Major and director Sanders‘ experience with directing being limited to 2012’s Snow White And The Huntsman. The trailers do seem promising and the casting of Johansson opens up the film to a wider audience who may be unfamiliar with the property and are interested in watching it solely because she is attached to it.

I can’t possibly imagine the difficulty faced when deciding between watching Ghost In The Shell or The Boss Baby during this weekend. I had no idea Steve Buscemi is in it so that’s a nice surprise. I’m sure Alec Baldwin called up Kevin Spacey (of House of Cards and last year’s Nine Lives fame) and asked what the incentive is in lending your voice to a movie about a baby who is not really a baby. Now if I had to guess, he probably told Baldwin about the spectacular yacht he managed to purchase following the gig. Hey, a man’s gotta eat.

There will certainly be an immense amount of heart string pulling and ugly crying when The Zookeeper’s Wife hits theaters.

First off, Jessica Chastain can do no harm. She is one of the best working actors in the industry today and seeing her tackle such an incredible subject matter is a prospect I cannot wait to see. Daniel Brühl is also a phenomenal talent who worked incredibly alongside Chastain’s Huntsman co-star Chris Hemsworth in 2013’s riveting biopic, Rush. Interestingly enough, it was recently announced that director Niki Caro is set to direct the upcoming live-action adaptation of Mulan so virtually everyone involved with this film are amazing talents. There will certainly be an immense amount of heart string pulling and ugly crying when The Zookeeper’s Wife hits theaters.

What Film Are You Most Hyped To See In March?